Normally in this blog I focus on writing stories about quality of life and love, but there is something that has been deeply troubling to me since the financial crisis that has been literally keeping me up at night. When the financial crisis hit I spent a lot of time doing research to understand the root of what caused it. In the end, I discovered some deeply disturbing facts that NO ONE is talking about. There is a belief that people hold that the US government is the one creating the capital in this country, but most of the capital is created by private banks. If Bernie Sanders wanted to become president he would just focus on one simple fact;

That private banks are creating capital in the US monetary system out of thin air causing everyone else’s money to be worth less. For ever $1 that a bank takes in for deposits they can loan out $10 to someone else who then takes that newly created $10 and deposits it in their bank who can then loan out $100 to someone else that then gets deposited … ad infinitum. 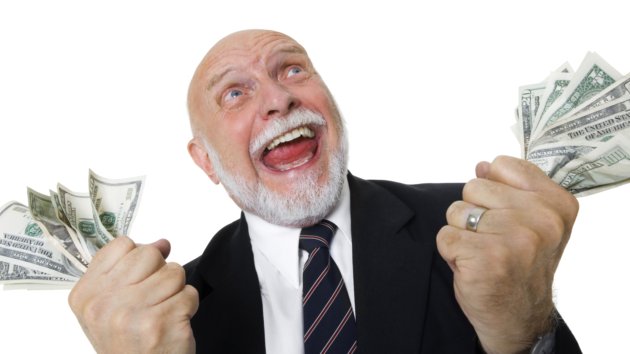 I can’t help but feeling like this is like a bunch of old rich white guys in a room laughing hysterically as one takes a dollar out of his pocket who passes it to the next guy who adds a zero after the one with a red sharpie. This old white guy laughs hysterically and passes it on to the next guy who adds another zero to the number on the bill and laughs and the bill passes around the room again from man to man until I finally wake up from this awful nightmare with a cold sweat.

As Americans labor at poverty wages these banks are creating nauseating amounts of capital without really doing much of anything other than taking on a tiny amount of risk by holding loans for people, until they are sold off on the secondary market. For every dollar they loan out on a credit card, on average the banks collect another $3 in interest in penalties. This means that for credit card debt for every dollar they loan out they are essentially getting $30 back ($1 x $10 x $3). No wonder that your mailbox is filled with credit card offers EVERY DAY. This is the worst kind of loan sharking I have ever heard of.

Why does the system operate this way? I think for several reasons, the biggest being that nothing motivates people to actually work like being saddled with huge debt. This country is unique in the way that new college graduates start off with in the workforce with crushing student debt which will motivate them to become contributing members of society. I believe that this happens by design.

Another reason this happens is because the US government does not believe that they would be financially responsible with capital creation if they were the ones that created capital in the system. When you look at the sad story that is the water crisis in Flint Michigan you can see the kind of trouble that governments get into when they try to be financially conservative with things like their city water supply.

Where does all this new capital that is getting created in the system go to? That is an excellent question, as near as I can tell most of it goes into the bank president’s pockets and is gambled away on the stock market. The irony of the whole story is that as banks create more capital, then inflation happens which makes everyone’s money worth less. Since people can’t afford to save for retirement when their money is worth less every year they are forced to invest it in the stock market and gamble along with everyone else. The whole system is madness.

The economic crisis was caused by a lot of things. Banks have consolidated dramatically in the last decade and larger banks are far more interested in making money than in contributing to their local communities. People borrowed more than they should have because everyone in the system encouraged them to. The lawyers, real estate salespeople and bankers all had so much to gain from it, whether you were able to pay for the house or not. Since banks sell the mortgages on the secondary market they make lots of money from the loan, but don’t need to carry the risk once it’s sold.

Banking was the biggest industry in Iceland whose average household income was very close to America’s. When the financial crisis hit Iceland they let the banks fail, took them over and brought them back under government control. They then sent the bankers who caused the financial crisis to prison.

What a different world from the one we live in.

3 thoughts on “In Banks We Trust : How Private Banks Create New Capital Out Of Nothing Making Your Money Worth Less”